The first event of Sabha in the new year 2018, Thyagaraja Aradhane celebrations were held on Sunday 4th February, at Sri. Ramanuja Samskruthi Bhavana. The event was planned by Smt. Rajani Rajesh along with other members of Sabha. Smt. Rajani Rajesh, Smt. Prathiba Ravi, Sri. Vasan, Sri. Ravi Narasimhan and R.A Madhu along with Raghunand and Ravinand have designed the stage and deity.

The program started @ 11 am with one and half hour delay with procession of idols of Shri Rama, Lakshmana, Sita and hanuman from Venugopalaswamy temple. Three of our community members dressed as Purandara dasa (Sri. M.V. Narayan), Thyagaraja (Ramashmuni Parthasarathy), and Kanakadasa (R.A. Madhu) accompanied the procession. After soulful invocation song by Chi. Sai Akshobhya Vrinda, Sabha Vice-President Smt. Radha Rangarajan welcomed the gathering.

This was continued with Dance performance by Kum. Shreya Balaji on the composition of Kanakadasa. It was indeed a feast to the eyes of the audience. Later, a drama, Kanakadasara Ramadhanya, it was abridged version of Ramadhanya Charite which was directed by Smt. Radha Rangarajan. It was a musical play where the vocalists and instrumentalist were on stage who were complementing the scenes and sang Kanakadasara Kriti. Major part of the roles in the drama were acted by our Mandayam Youth members.

Last event Pancharathna Keerthana – Goshti gayana accompanied by Vidushis and Vidwans of string instruments and percussions. Only the first and last keerthanas were sung as symbolic due to time constraints as the hall was for another function.
This was followed by Shatumurai for the deity. The secretary thanked all the participants, the donors, volunteers, Sri. Ramanuja Samskruthi Bhavan for providing space, the cultural
committee chairman etc.

Thadheeyaradanam was provided at the venue. Delicious kadambam and ksheerannam was served by MKV and team. 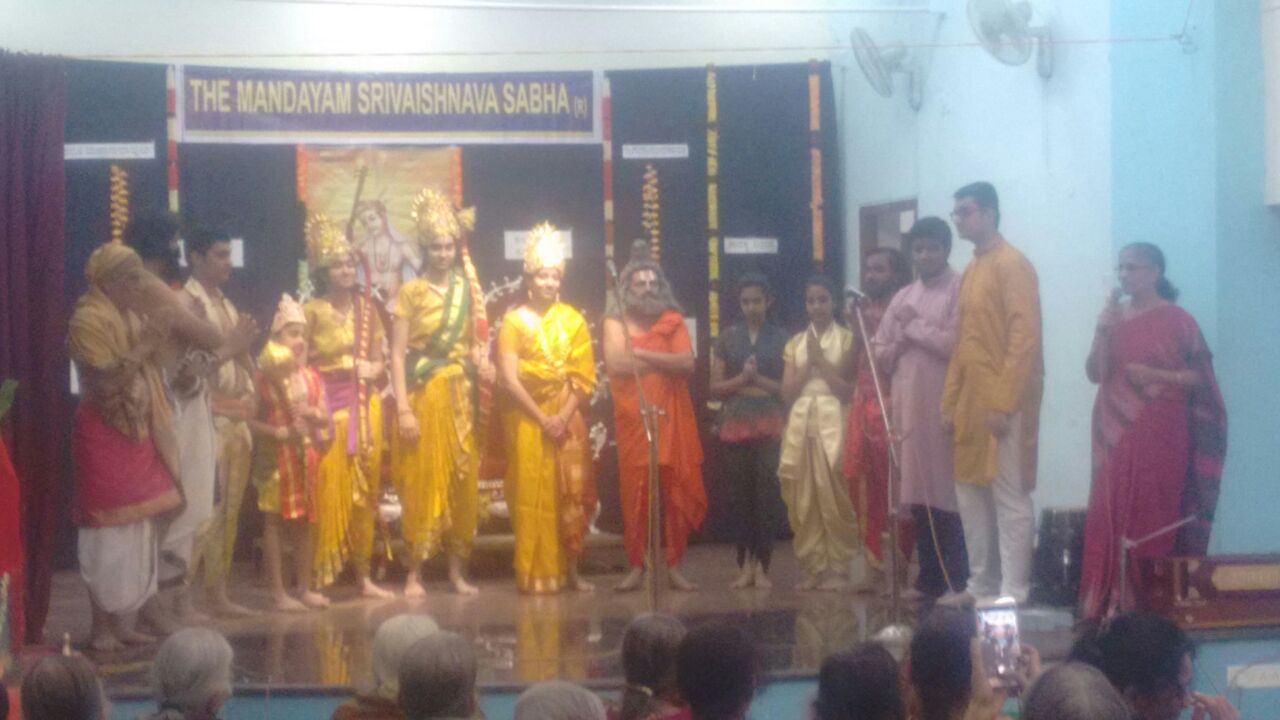 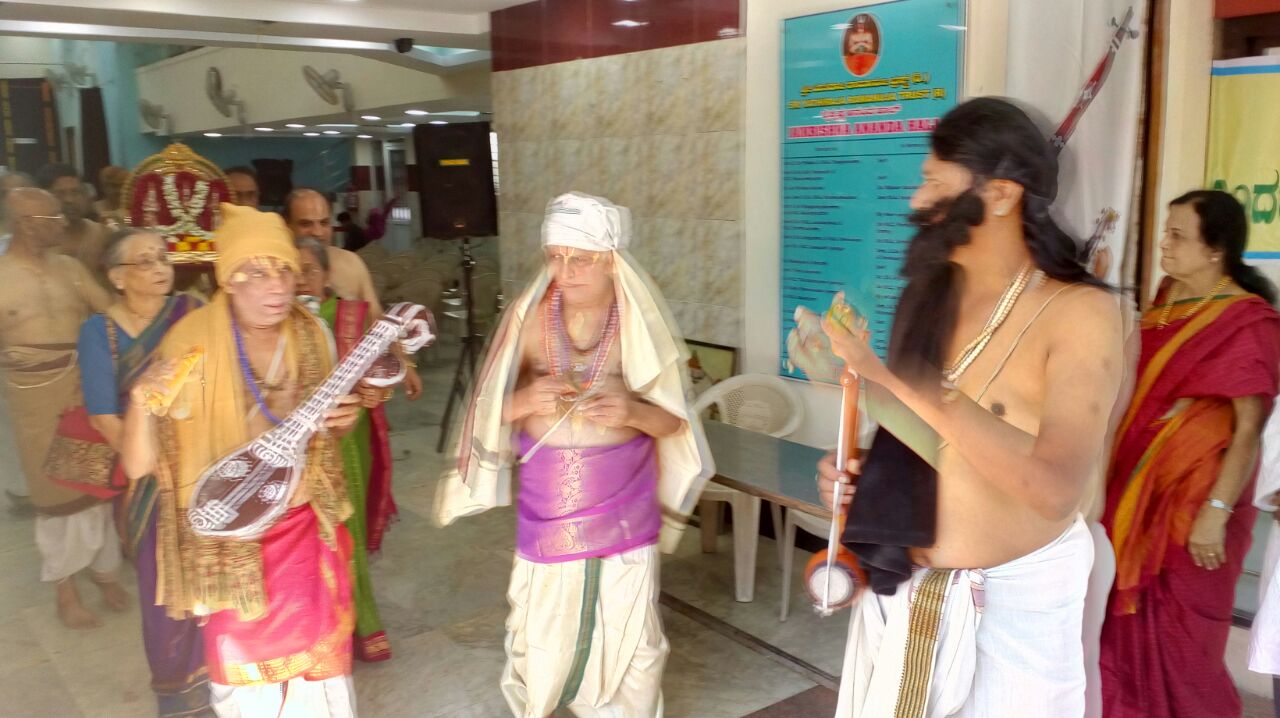 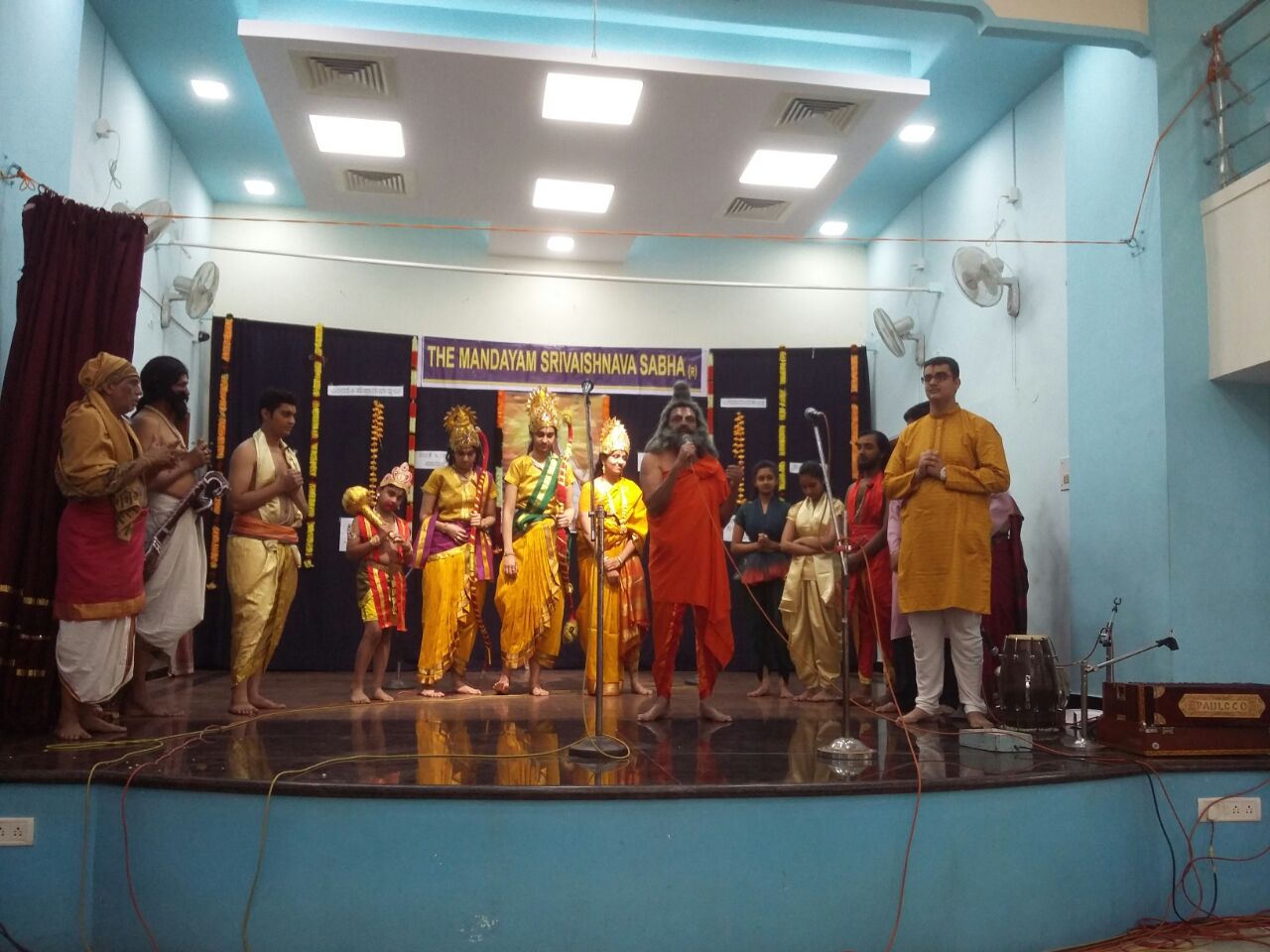 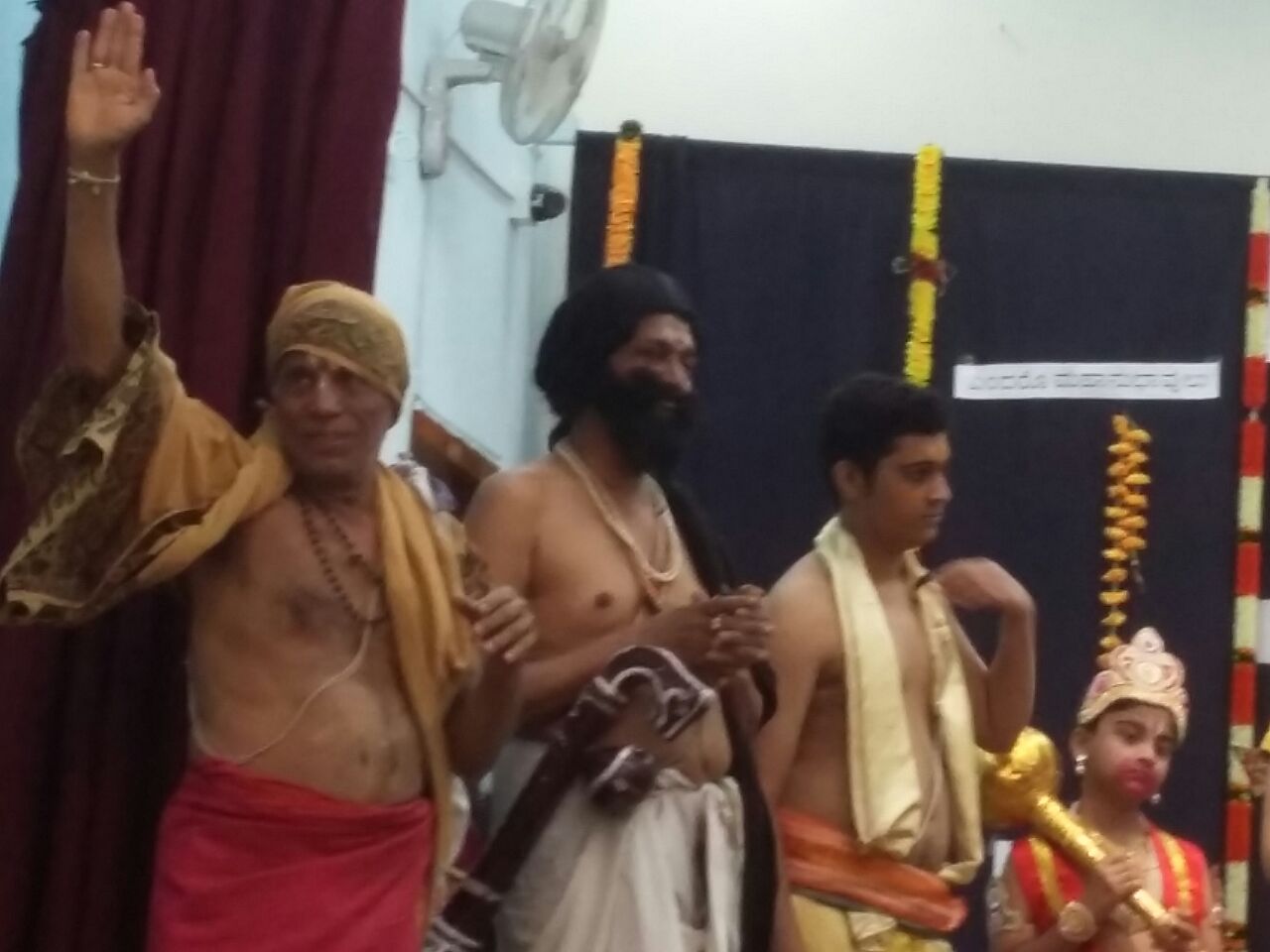 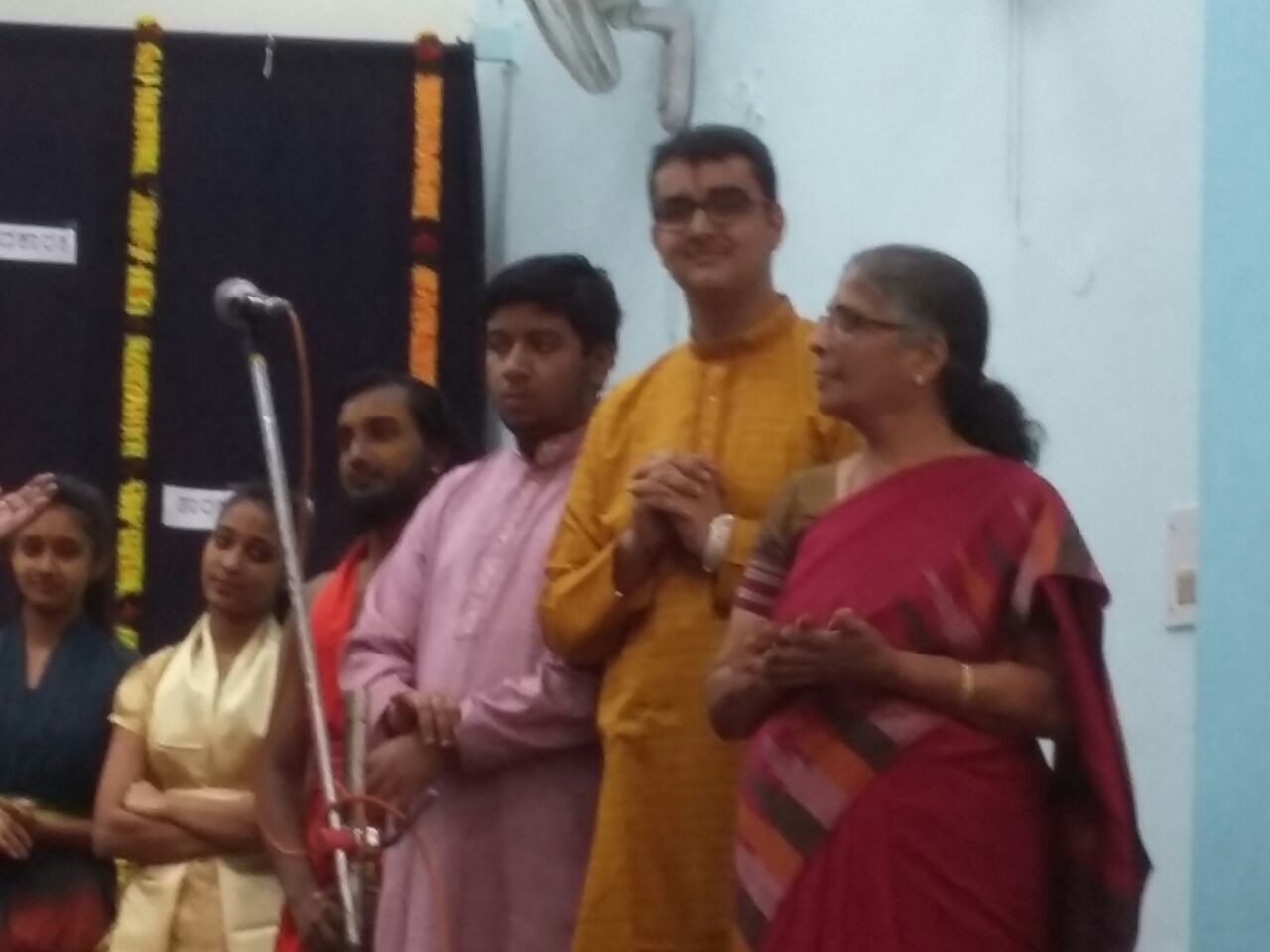 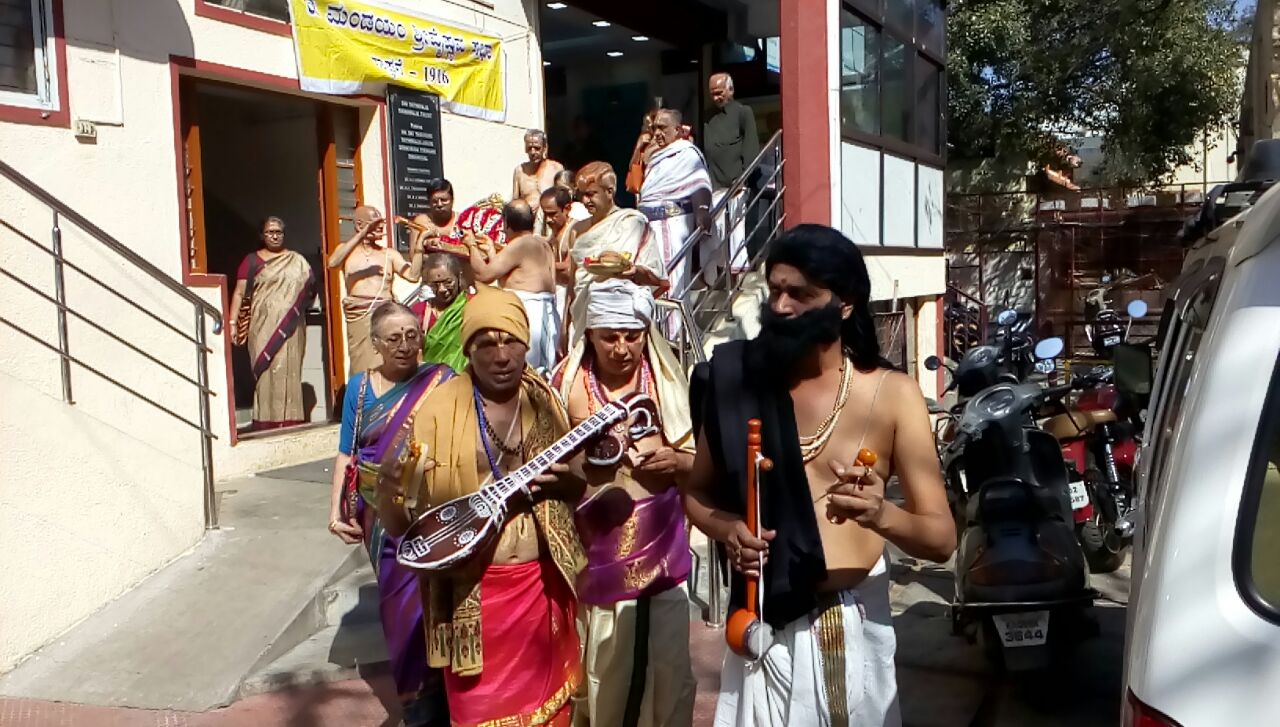 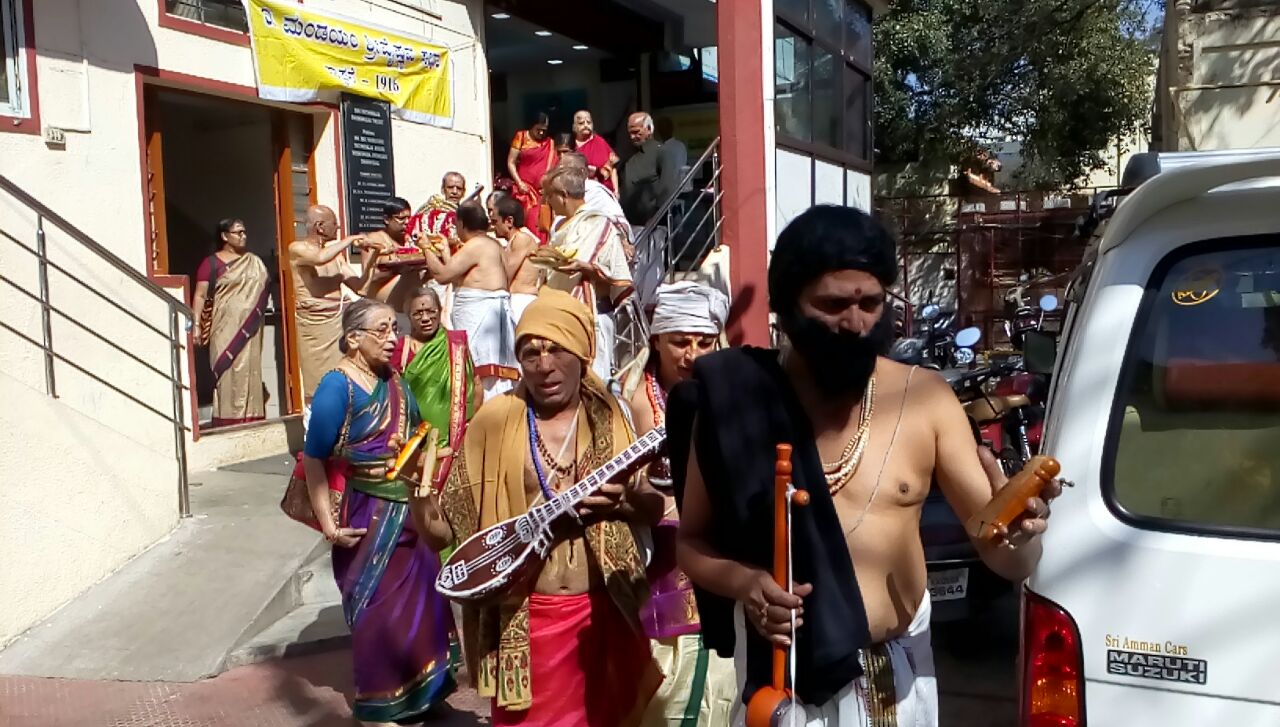 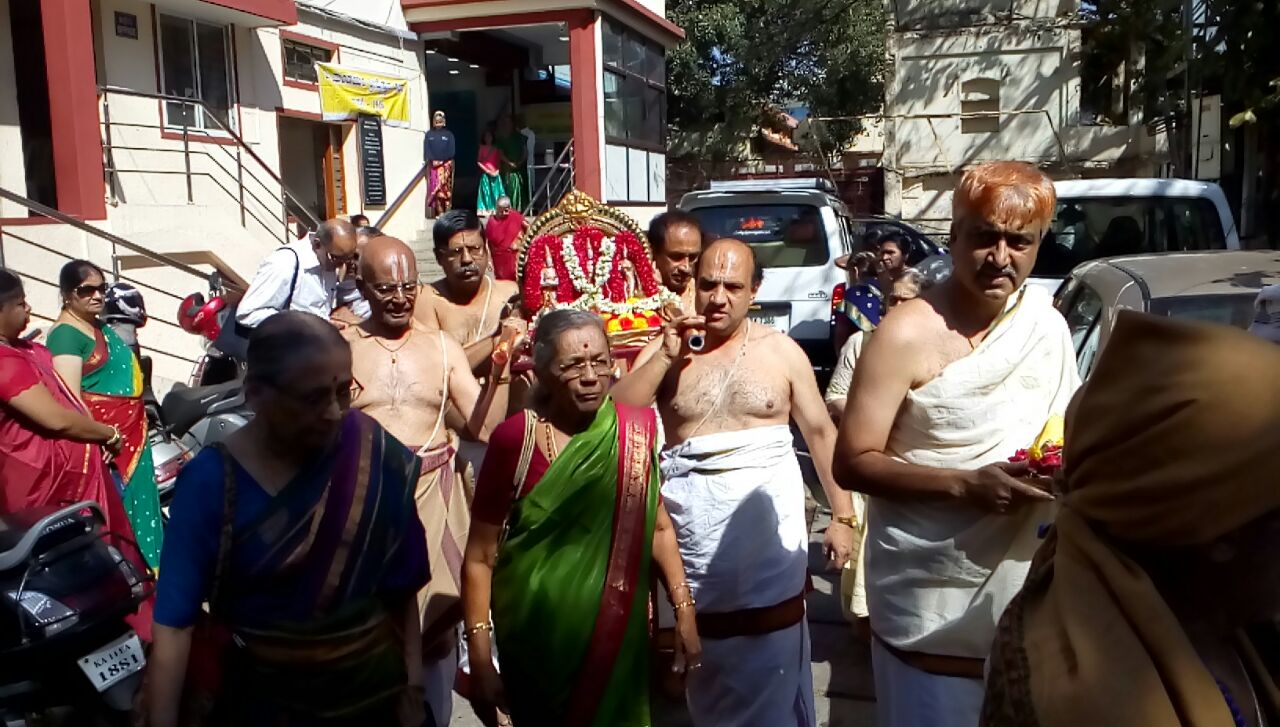 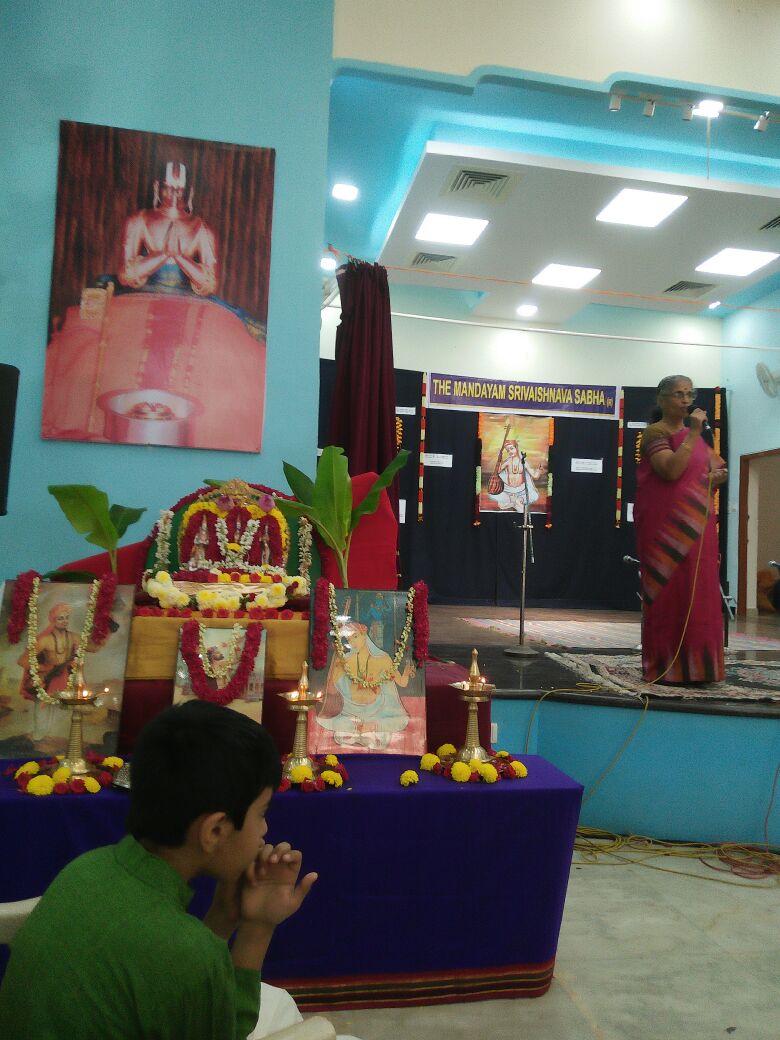 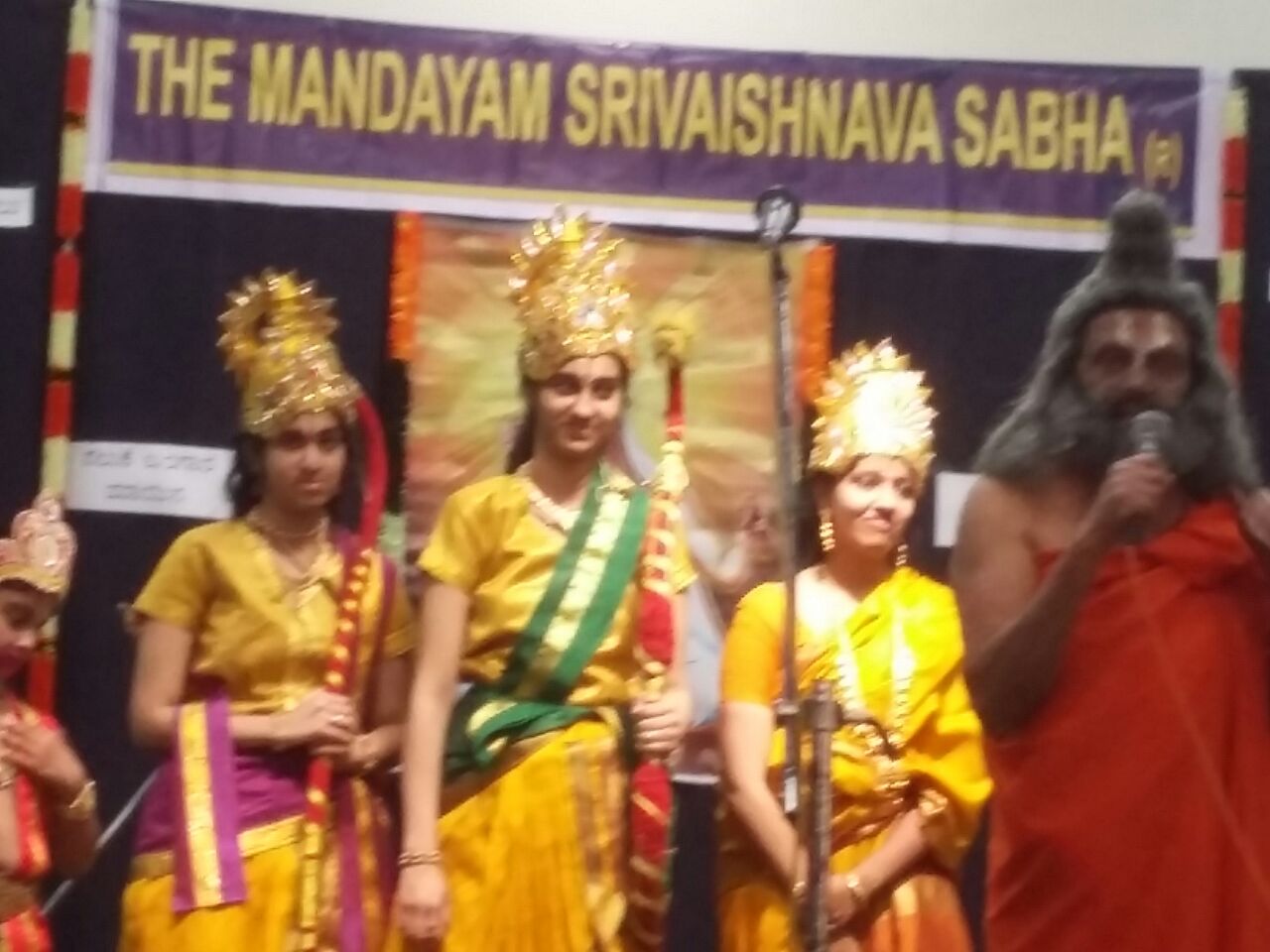 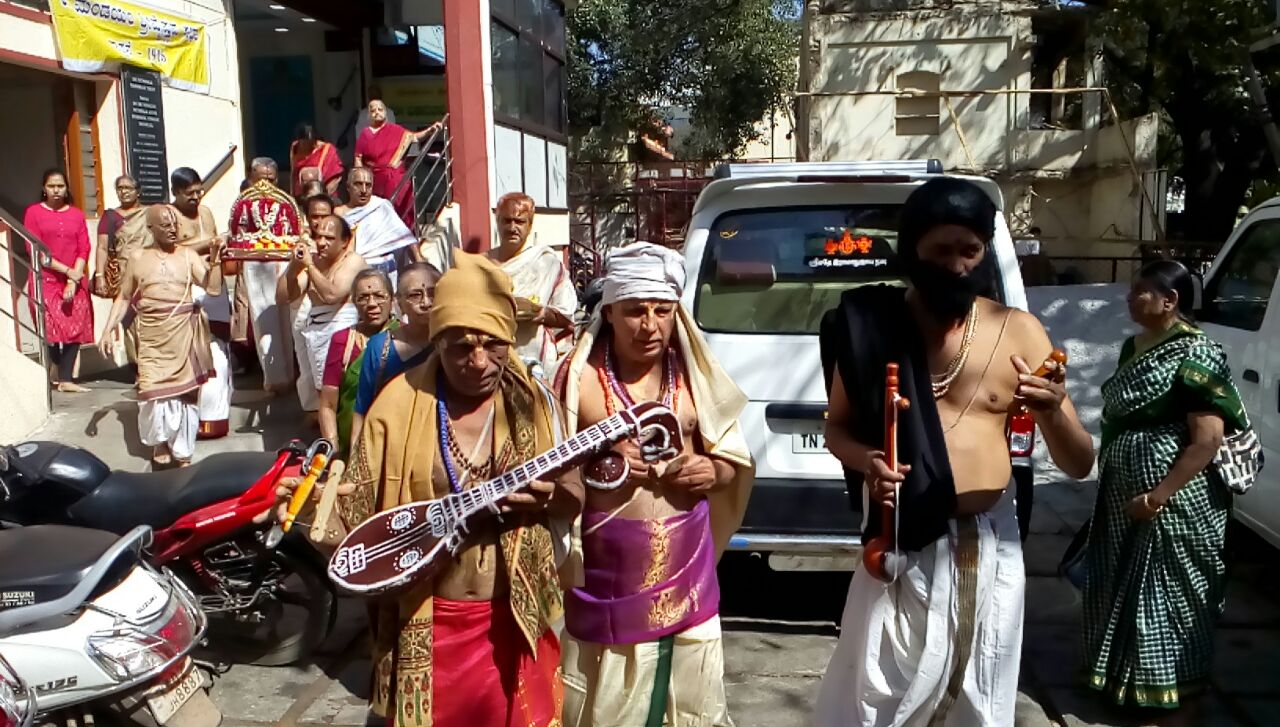 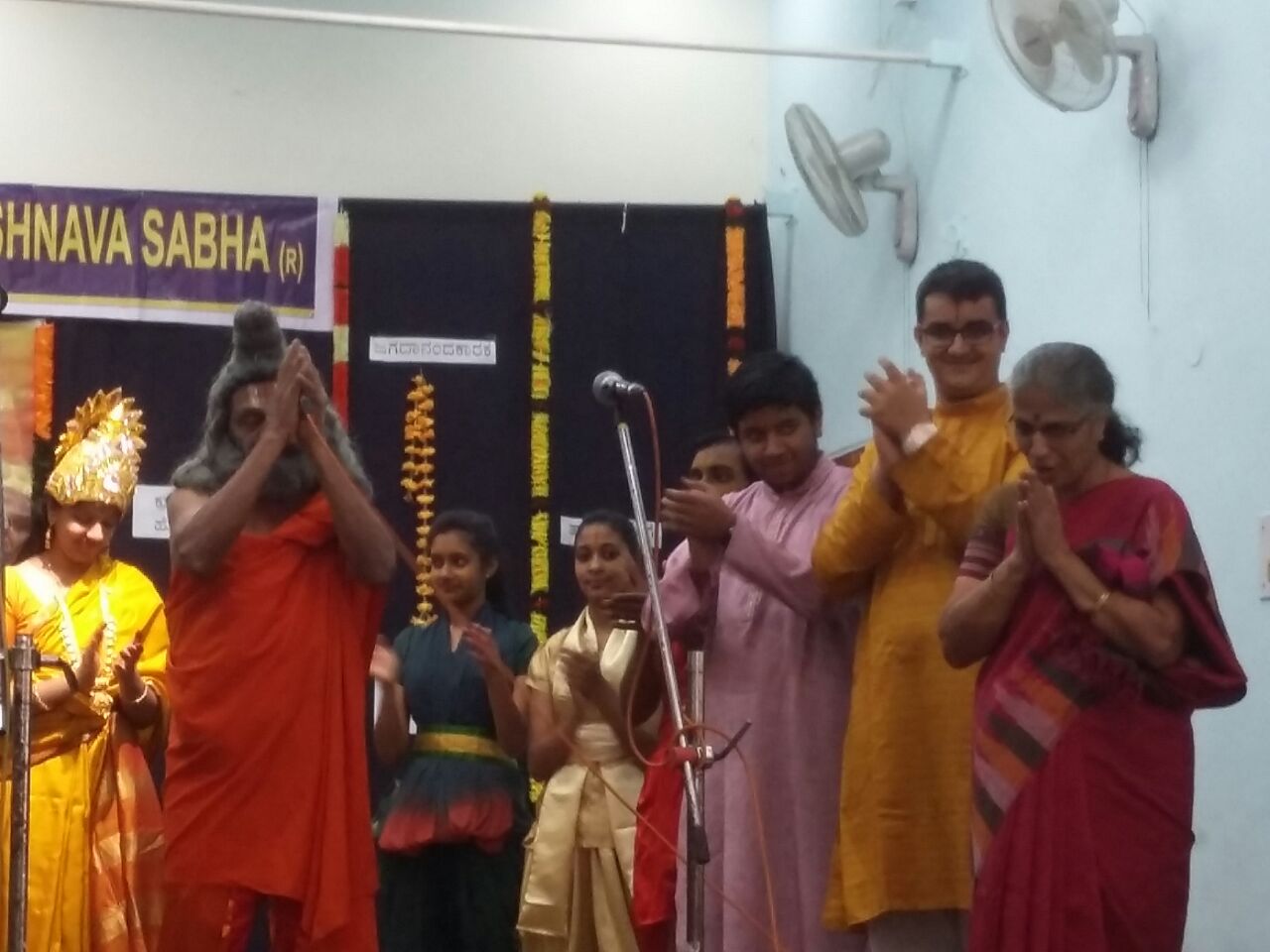 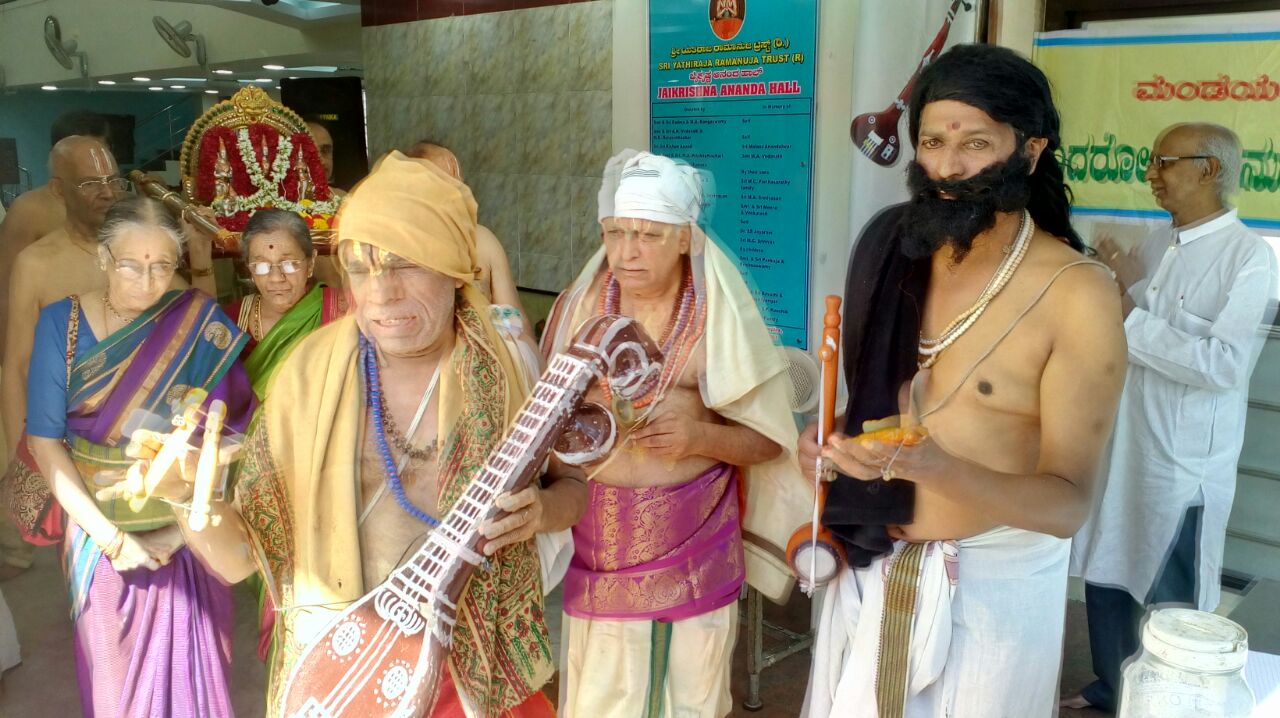 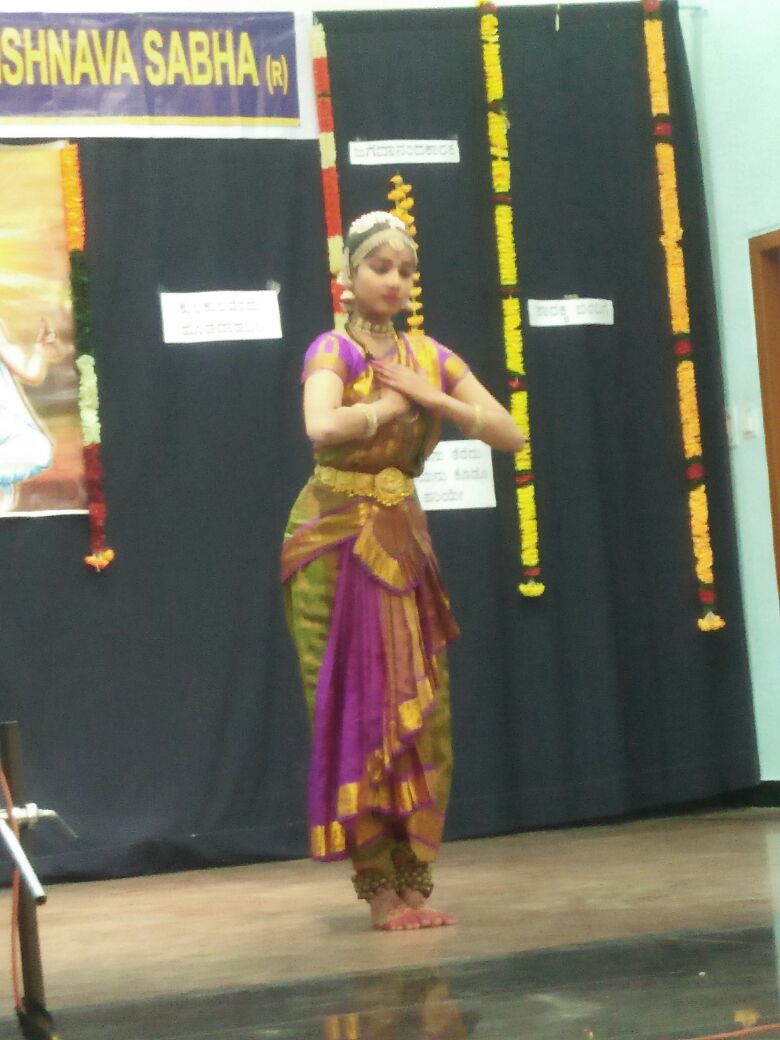 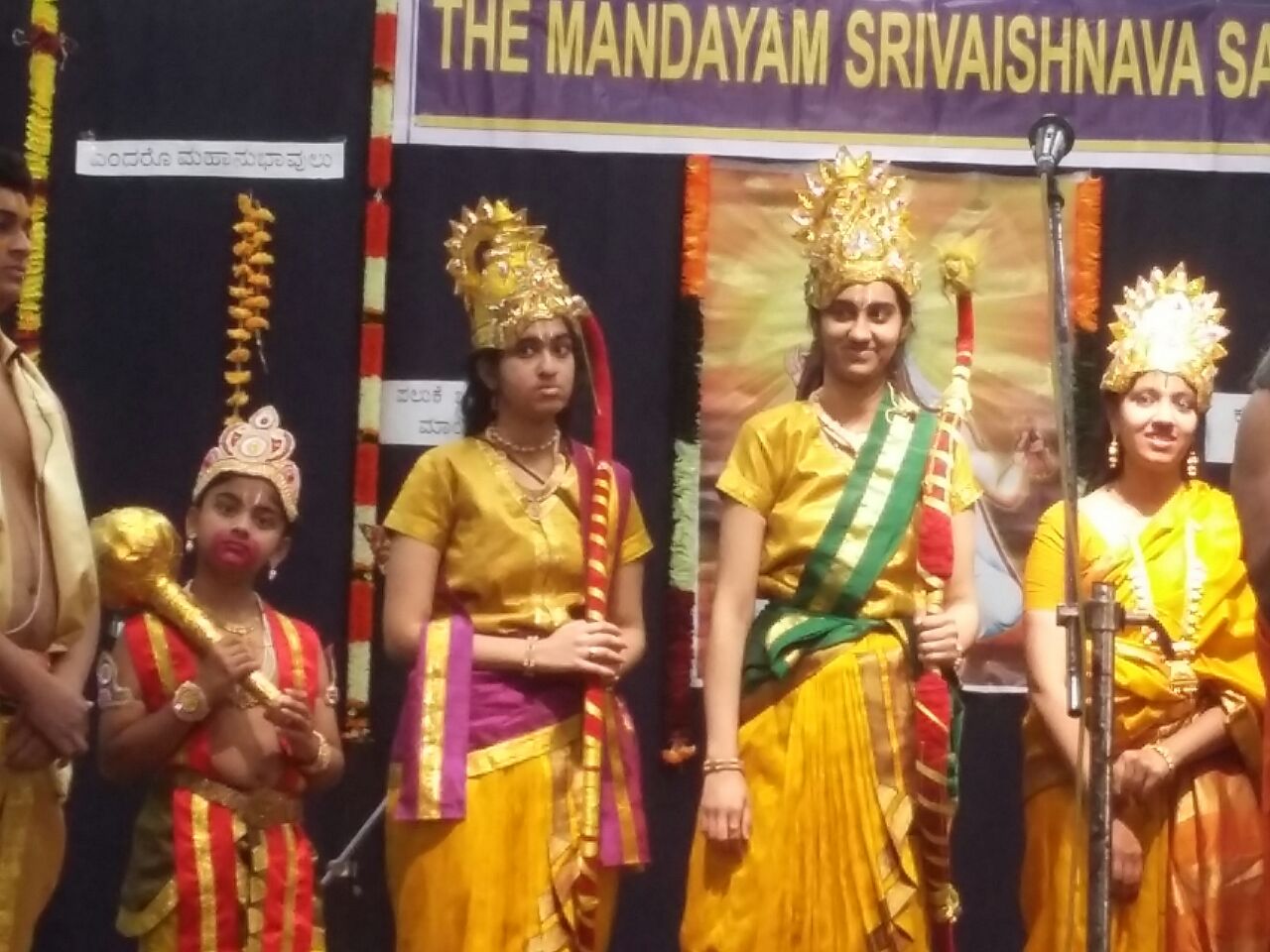 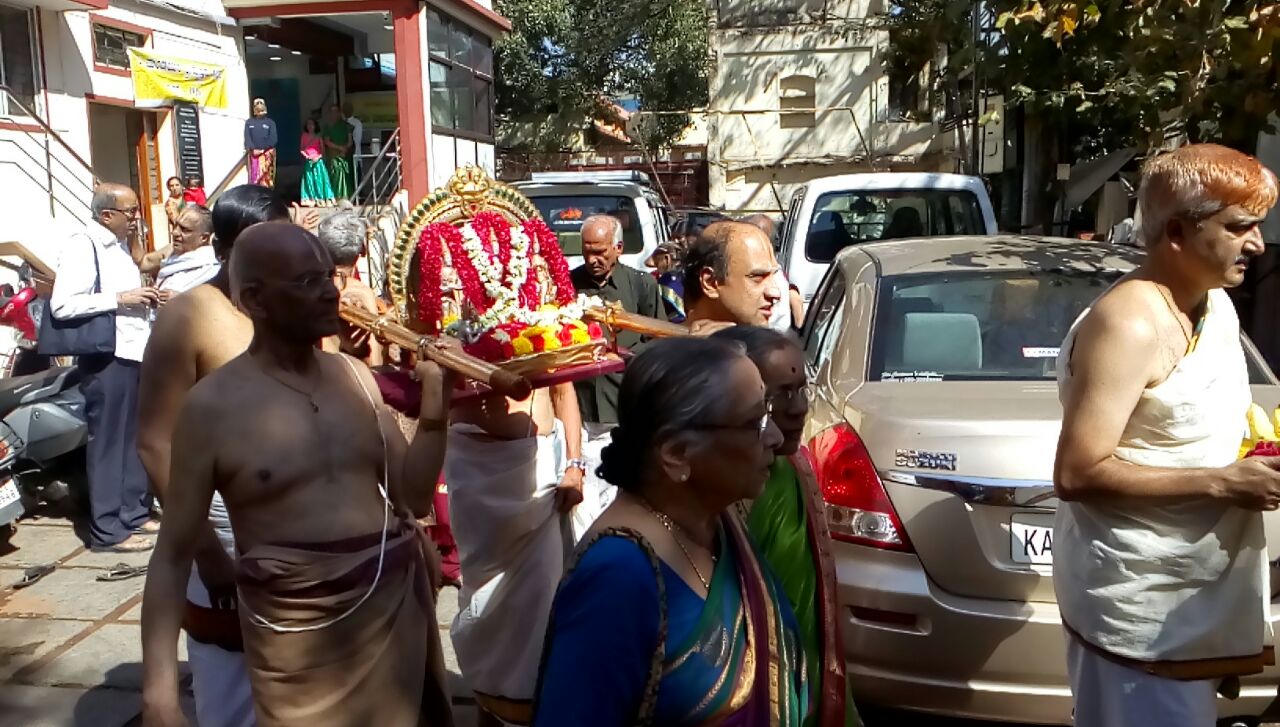 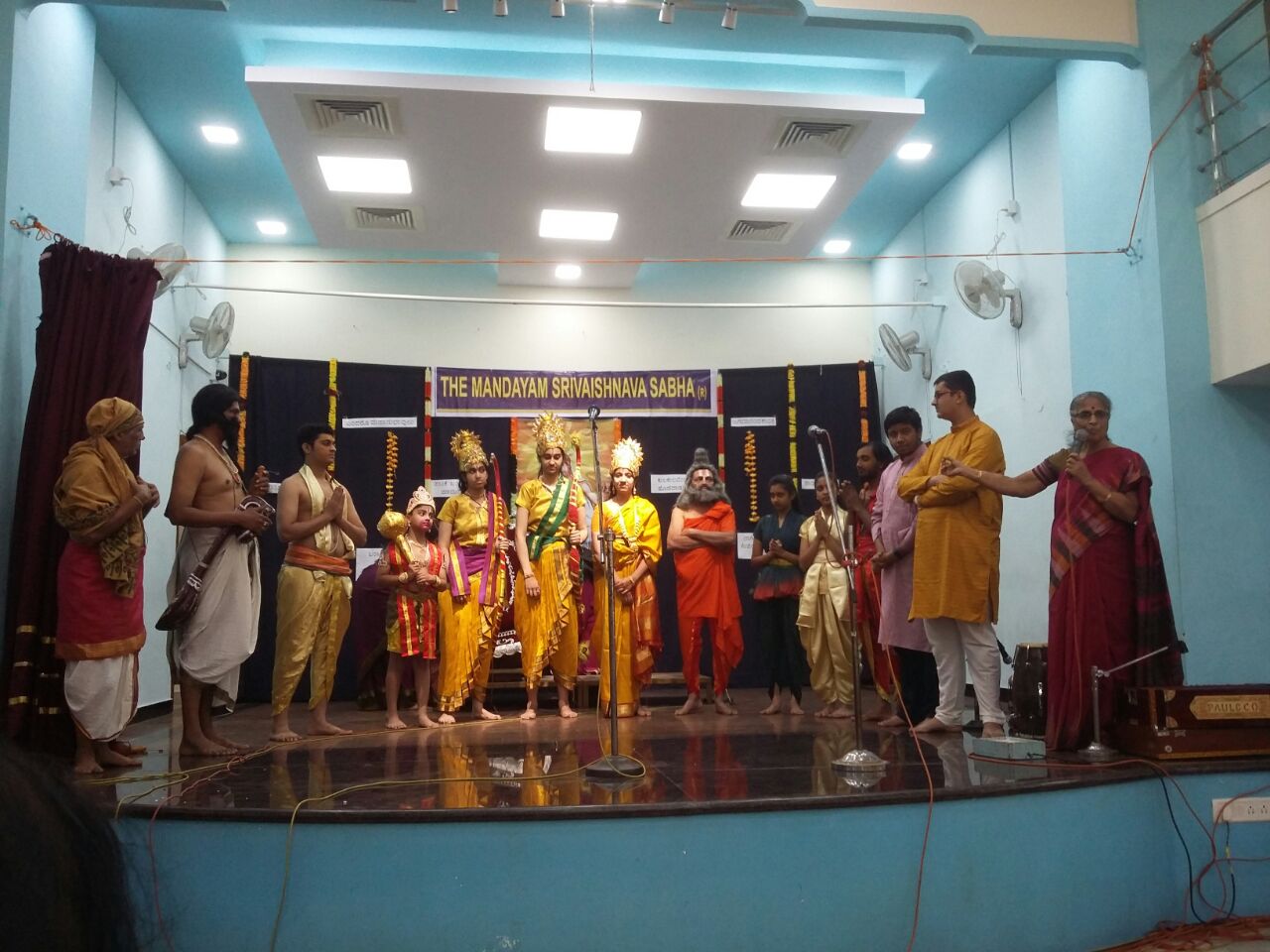 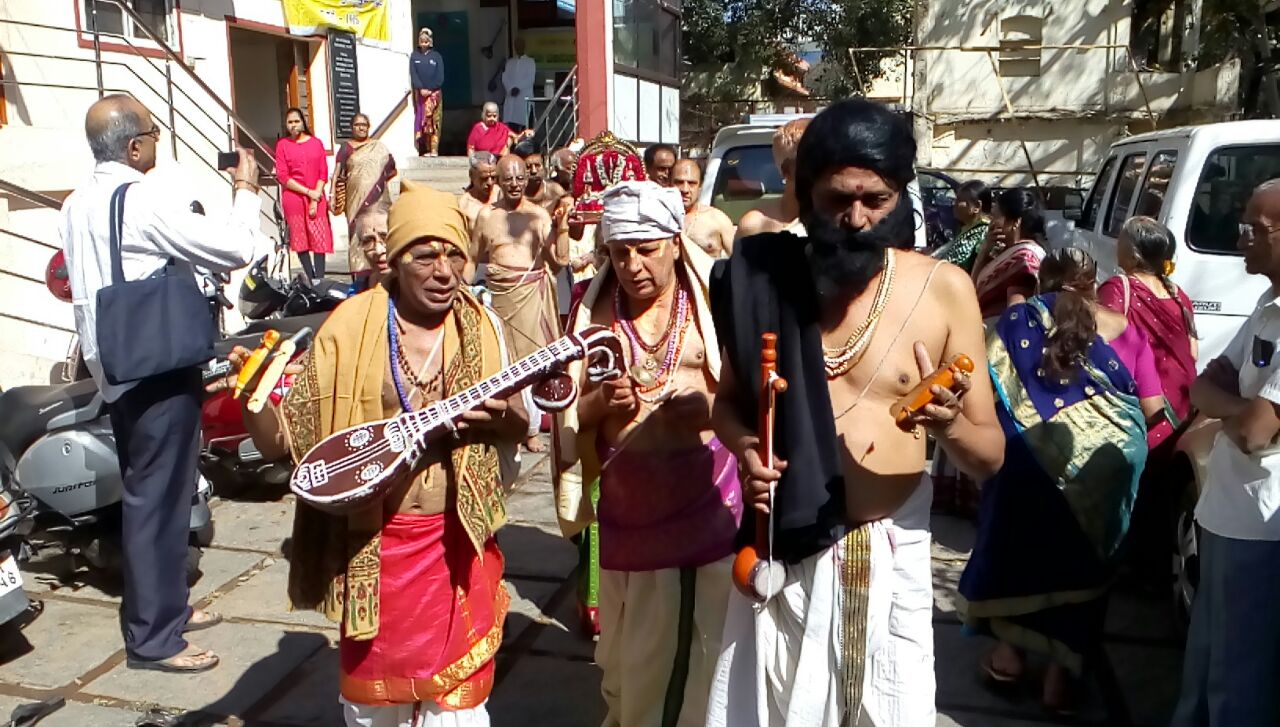 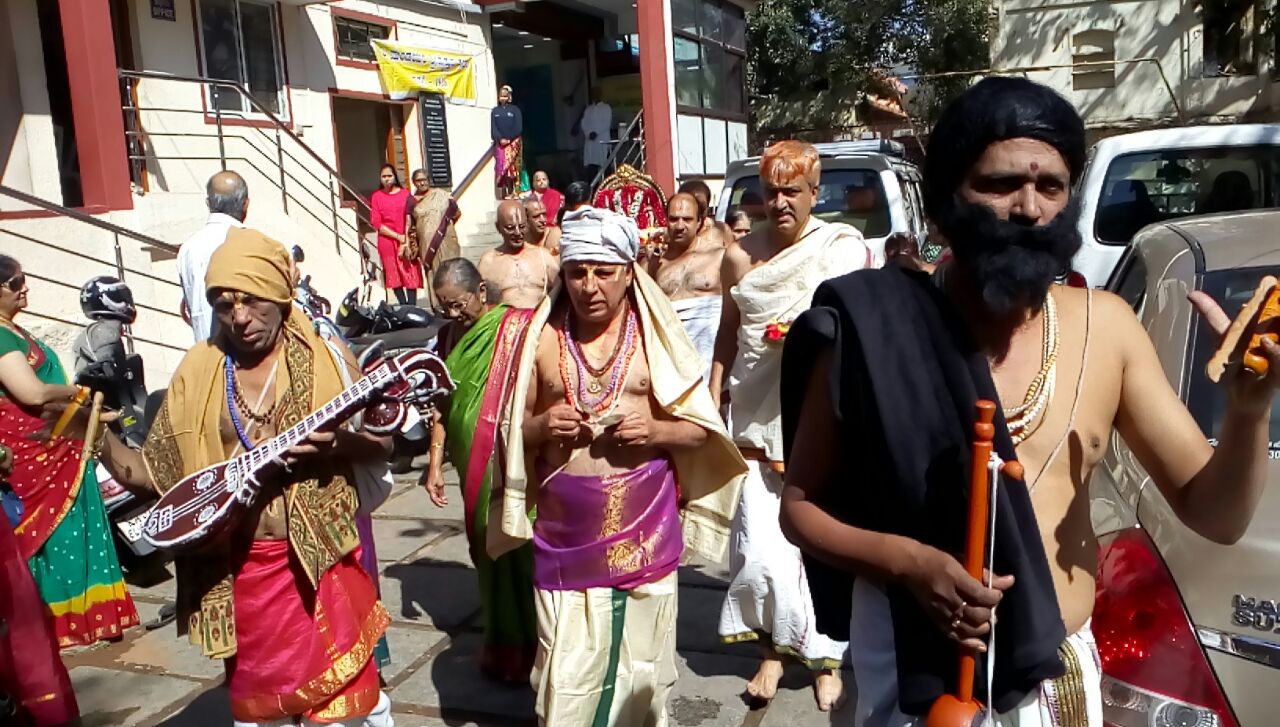 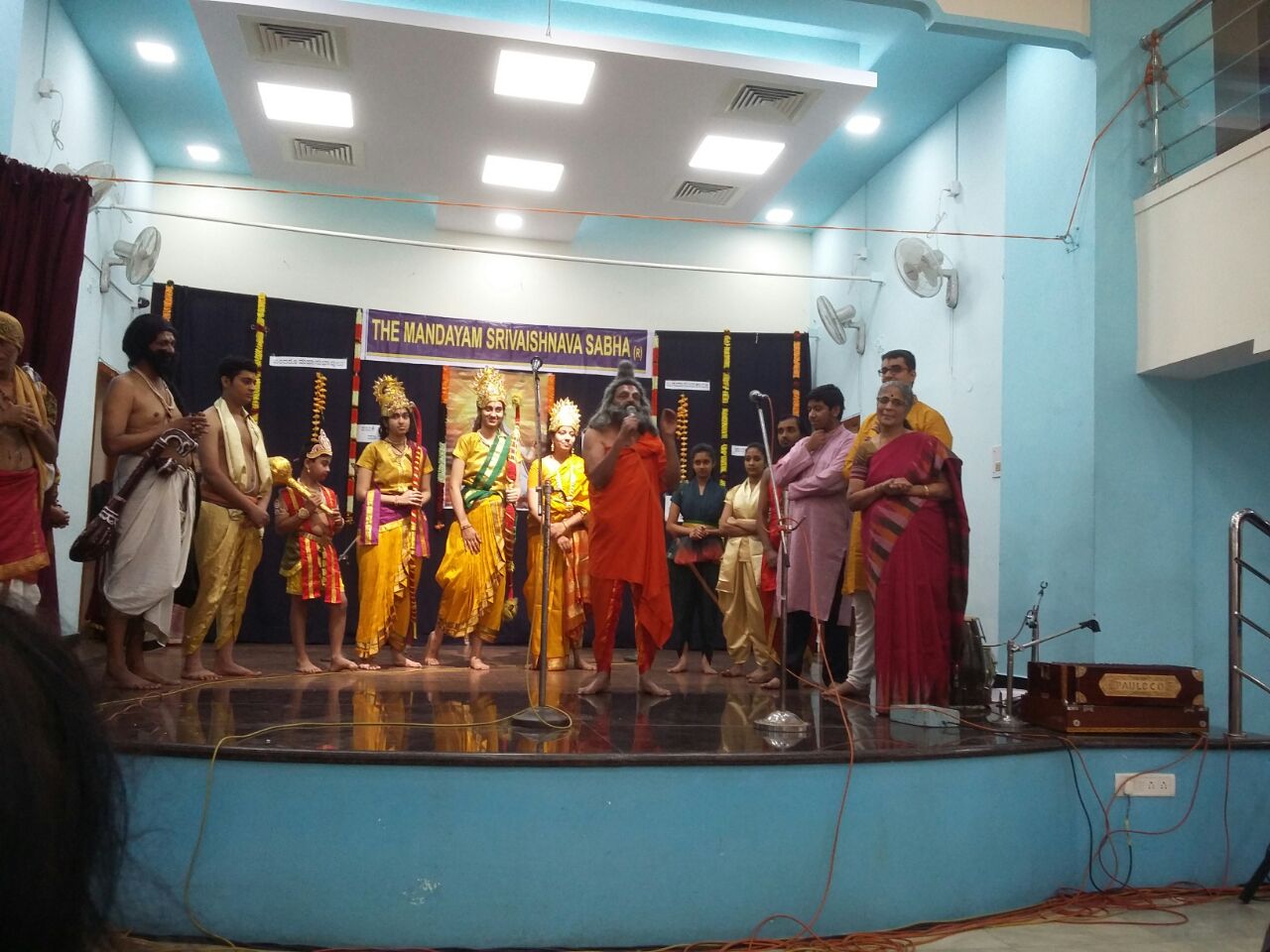 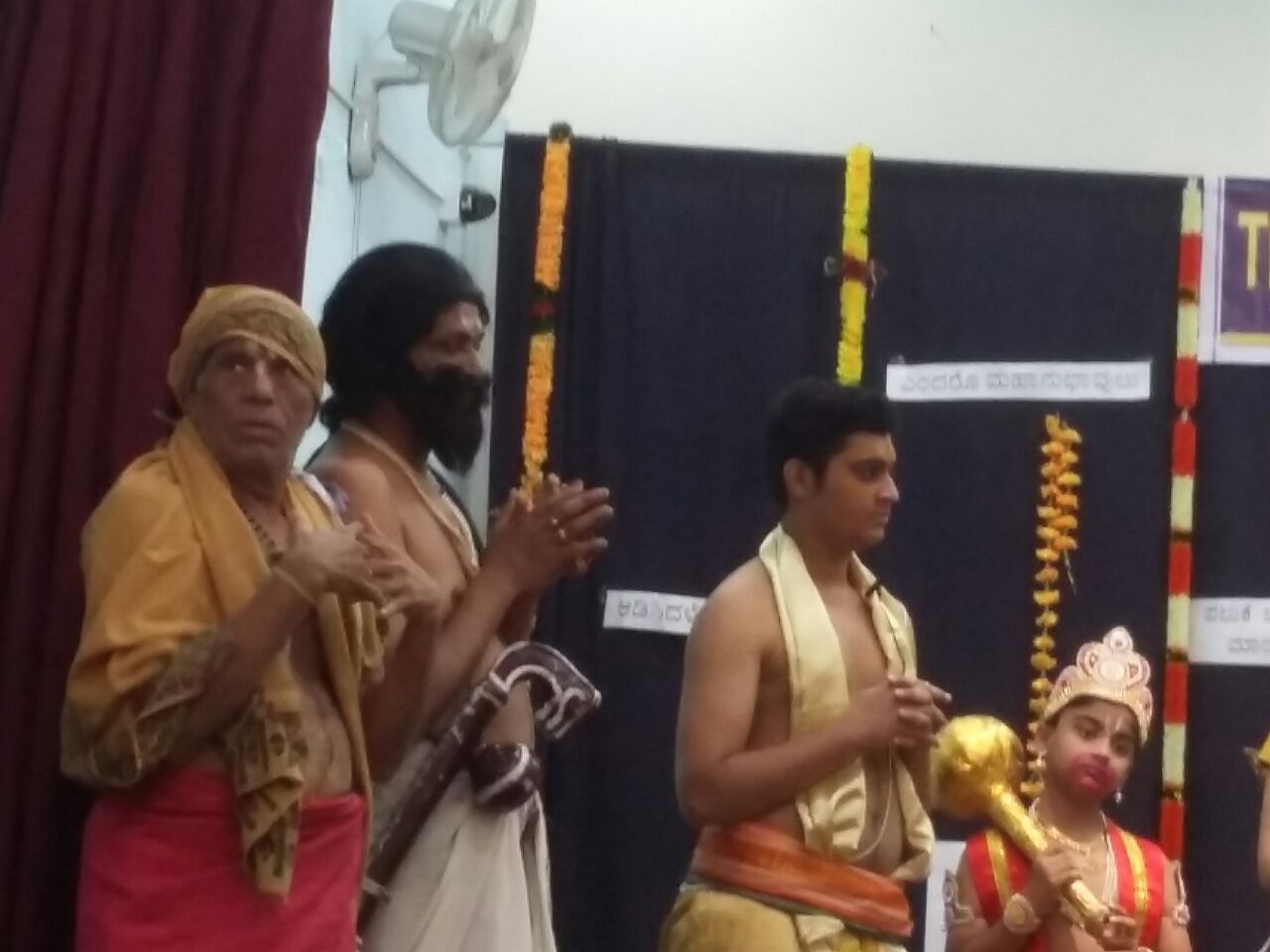 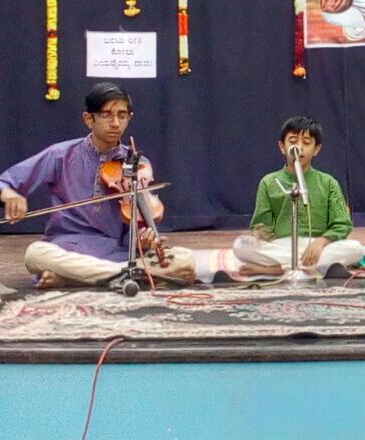 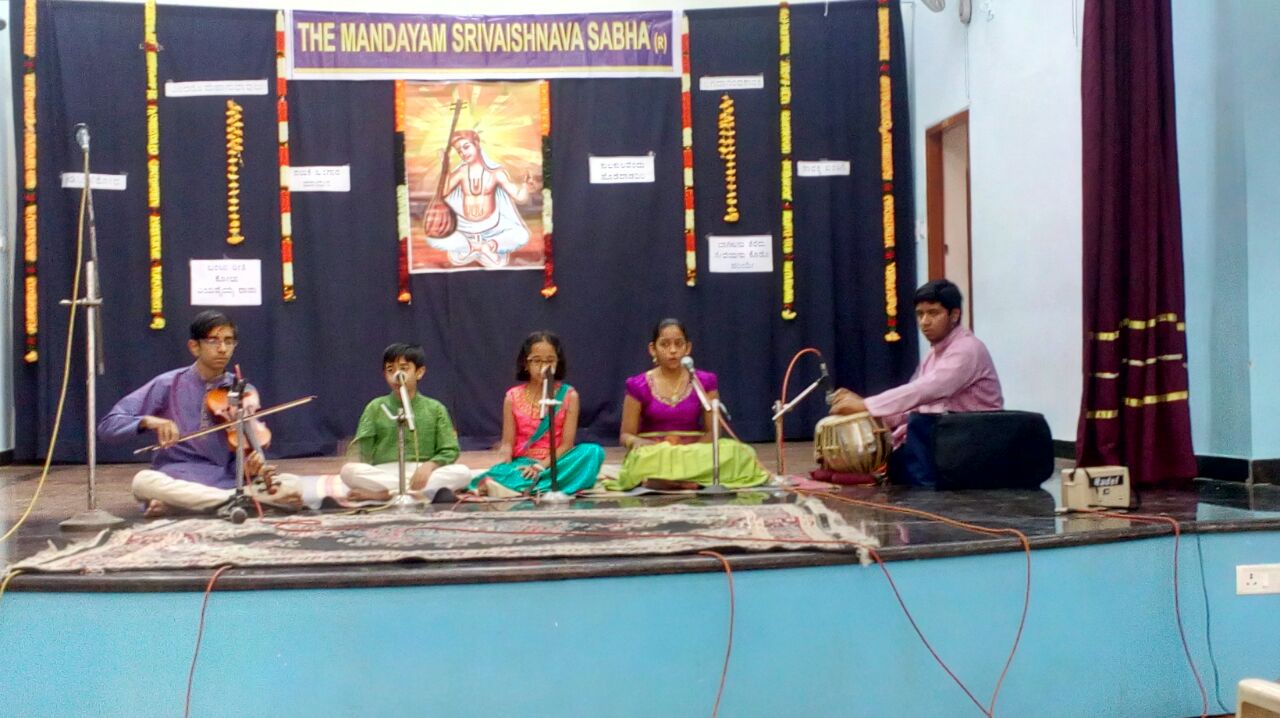